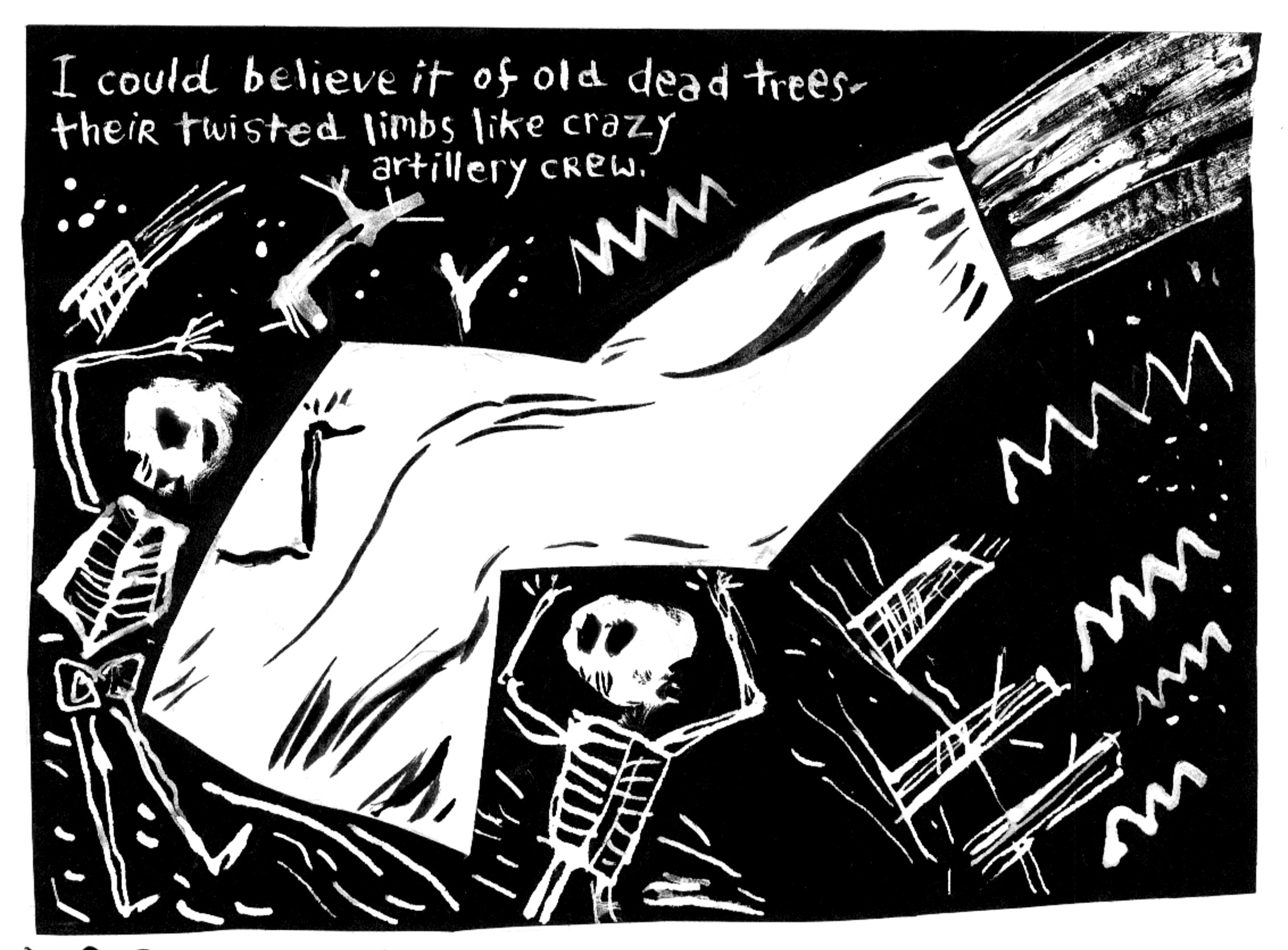 Here you can download a PDF of this story which originally came out as a small press comic in 1987.

Bone in Heaven is one of my “poetic” stories, by which I mean it doesn’t make much narrative sense, but it does follow its own internal logic. The main character is a nameless undertaker, apparently operating at some unspecified time in the 19th century, who gets obsessed over a perplexing phenomenon which he doesn’t fully understand. In his reverie and chain of thought, he wonders about the afterlife and has a vision of the dead in flying coffins. Skeletons, graves, death, Hell, nightmares; all gloomy and morbid subjects which I seem to gravitate towards.

I realise looking at it now that the drawing is fairly crude and raw, but it has its painterly charm and it’s expressive of the themes I wanted to express. I seem to recall it was written and drawn very quickly. I liked the immediacy and spontaneity of working this way in the 1980s, and small press publishing also had an immediacy about it.