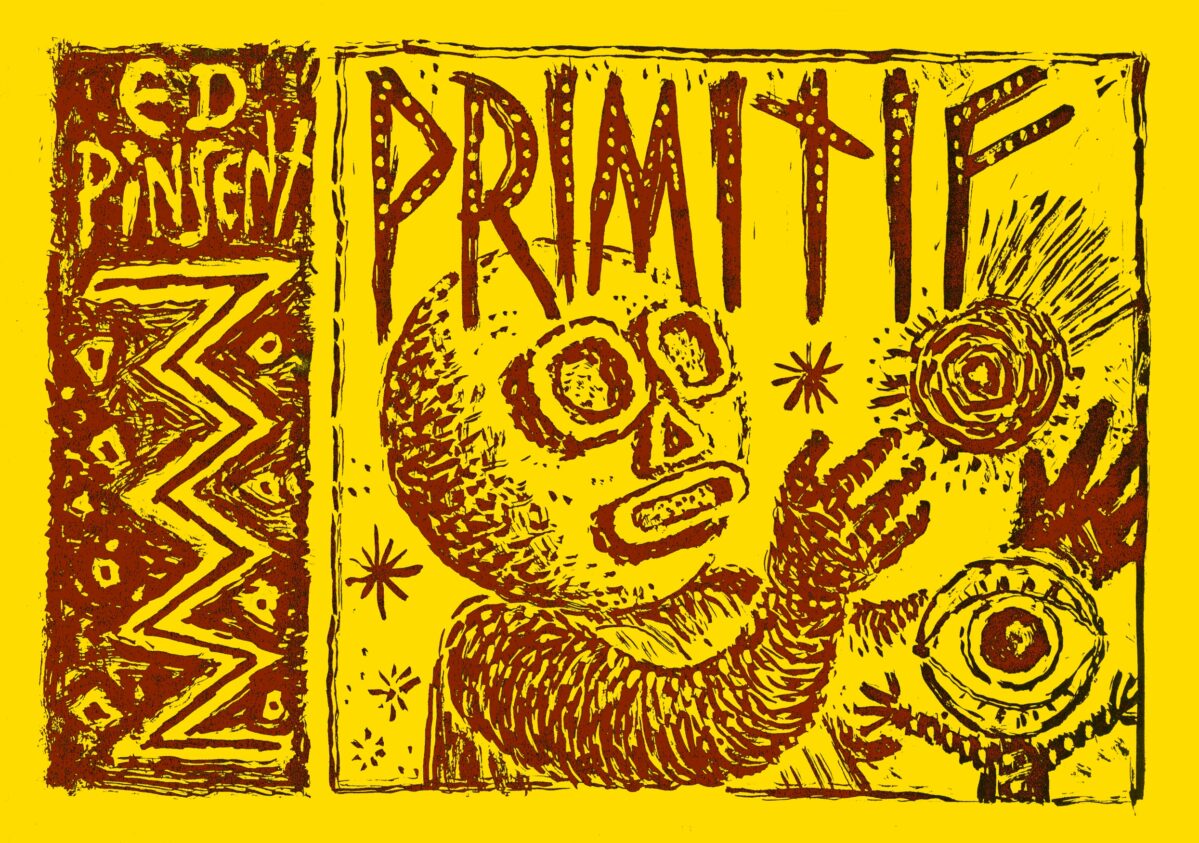 Here you may download a PDF of this 1987 mini-comic.

The story follows a simple rise-and-fall theme, showing what happens when Primitif gains a magical power by accident, and immediately abuses it in order to seize power in the village. As usual, it turns into a private struggle between himself and the Gods who apparently control everything in this man’s life; it’s doubtful whether he learns anything from the experience, even as he regains his former status.

I quite like the drawing on page 5 of the balloon emerging from the eyehole of his mask, representing the way he can see into the future. The line about “the fire of heaven will strike you down” is lifted directly from Herge‘s The Adventures of Tintin, Prisoners Of The Sun, one of my favourite books.

There’s probably some deep symbolism to Primitif having half a face – it’s the God’s way of punishing him by making him less of a man. But it also makes me think how much of this character is invested in his mask. If I could find some way of making this story more resemble a superhero comic, I would. Perhaps a sympathetic reader could see “Half Face” as a take on Two-Face, the famed Batman villain.