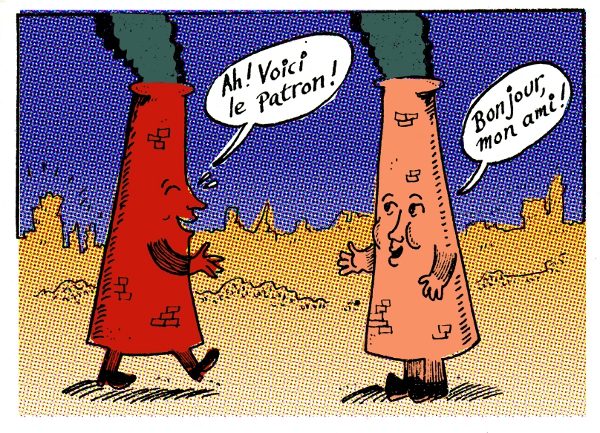 This postcard originally bore the hand-lettered title “Emerging from the Wreckage”. I removed it from the scan because the lettering was just too small and in the wrong place. These two jolly factory chimneys appear to be the only survivors in a ghastly ruined or bombed-out landscape. It’s a common favourite of dystopians and sci-fi writers to imagine that some form of humanised machine will take over the earth. In this case, the chimneys seem to have already evolved their own personal hierarchy or chain of command, one that recognises the chimney on the right as “the boss”. Luckily, he looks reasonably friendly. Colours added by me in 2010.