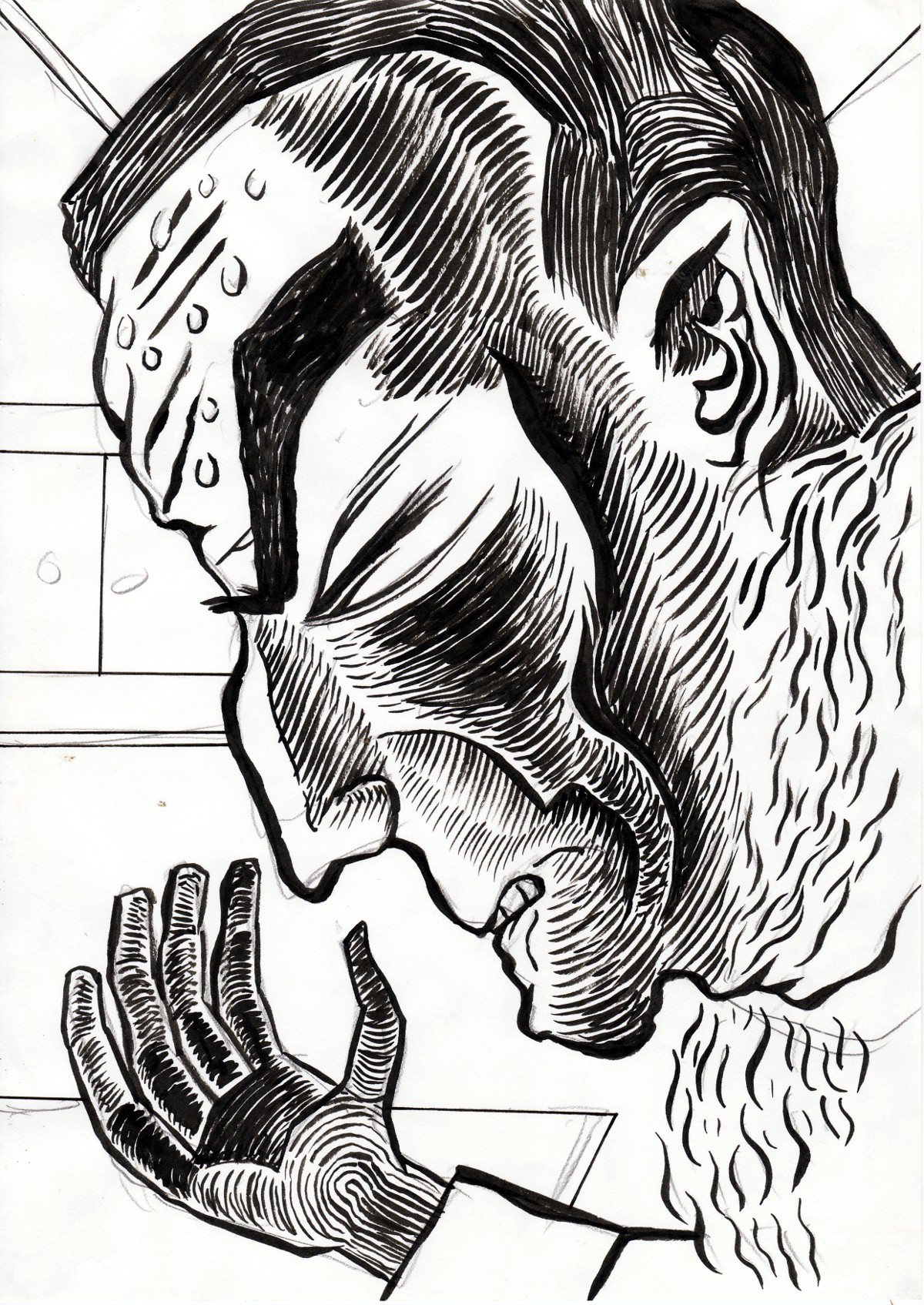 From around 2001, these are sketches and partially-completed drawings for a story called ‘These Five’. Neither the text nor the images were ever completed, but I think some of these fragments are quite nice, and one or two of them appeared in The Sound Projector issue 10. The story concerns an obsessional man with a major persecution complex, convinced that his life will fall into order if he can only eliminate five of his personal enemies. He creates wooden totems or voodoo sculptures to feed his vendetta and stares at them for hours on end, humming and chanting to himself. These totems correspond to his enemies; I suppose if the story had gone anywhere, they would each have been destroyed in imaginative ways, perhaps by fire or axe. I wanted the artwork to resemble the work of Steve Ditko, specifically his powerful and mesmerising Avenging World stories from the 1970s. I think this story ran out of steam because I couldn’t get past the “mesmerising” stage, and hence it failed to develop any further.

Since there’s no set order to these images, the gallery below will load in a random sequence if you refresh the page.