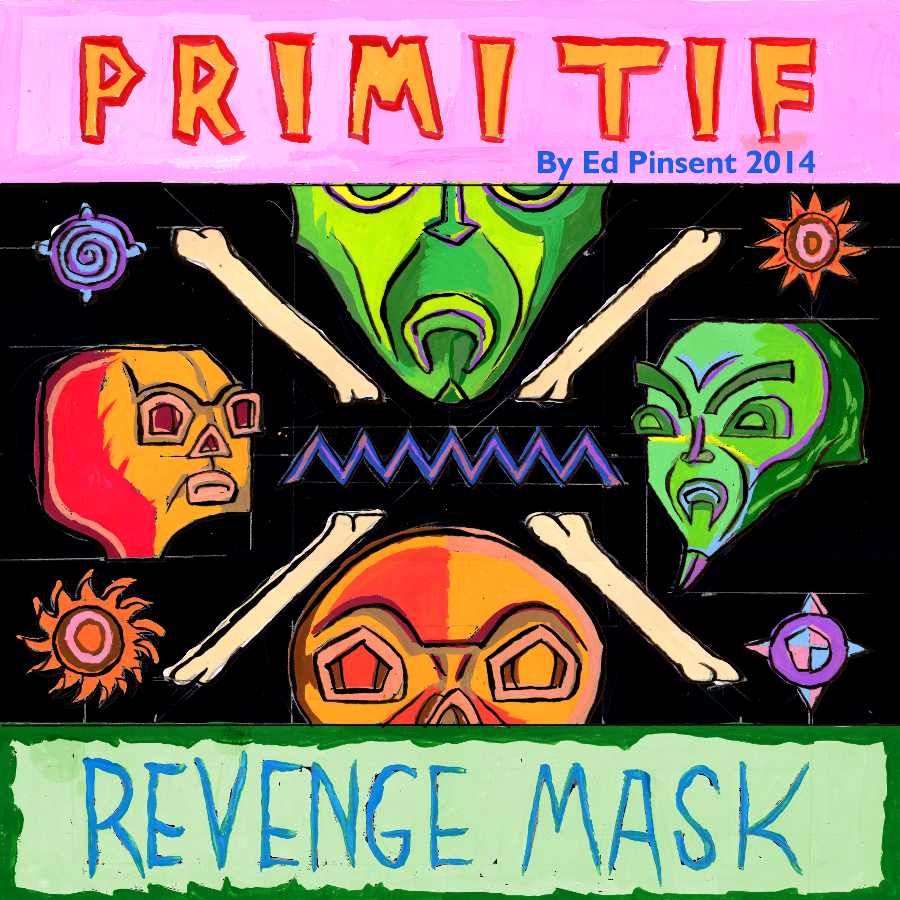 Out today! A new Primitif Story, written and drawn summer 2014!

The artwork is all full colour. It was produced through a labour-intensive method – the gouache colour painting, the ink outline and the lettering all exist as separate artworks, assembled in the computer.

I think the last Primitif story I did was Sting of the Arrow, which was published in the Kingly Books volume in 2006. The text for Sting was deliberately very sparse and the story that emerged was broken and hard to understand. I’ve tried to reverse that trend with Revenge Mask, and have made the accompanying prose about as clear as I’m able to write it. The theme is a supernatural one; Primitif is “possessed” by a magical mask against his own will.

I was going to make it available as a free PDF but then decided to publish it as a square-shaped mini-comic through Lulu. It’s 20pp long and costs £6.00 (plus postage). I am making a profit of precisely 88 pence per sale. A sample page is below. 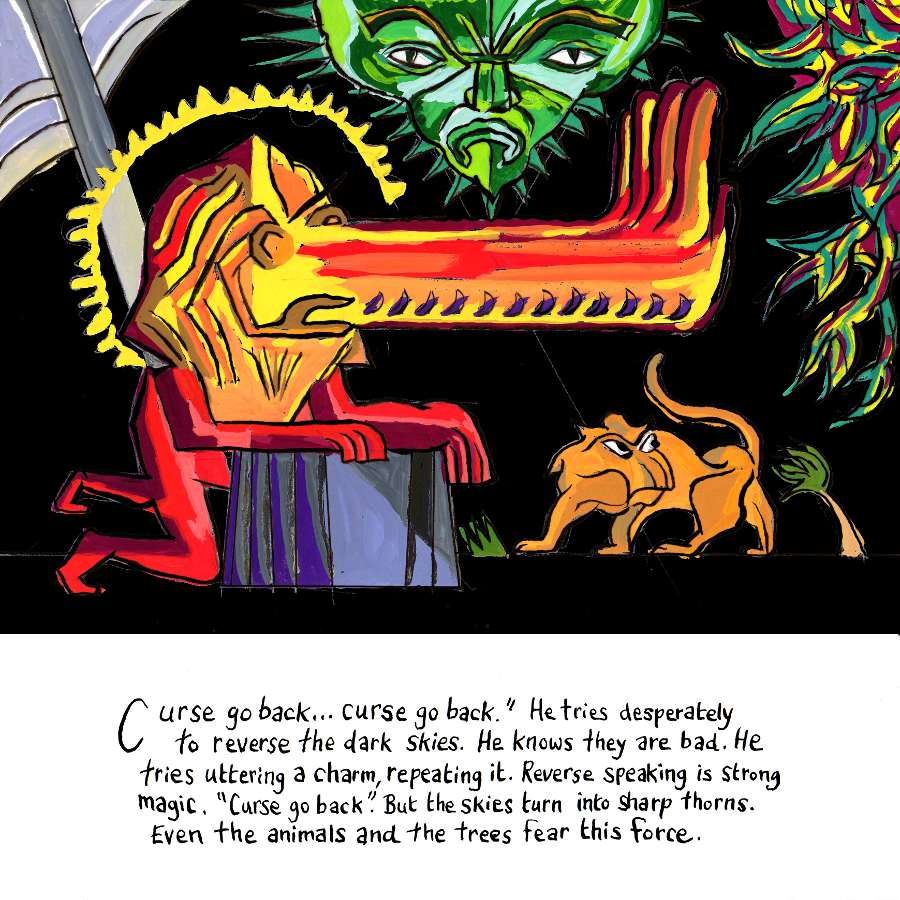