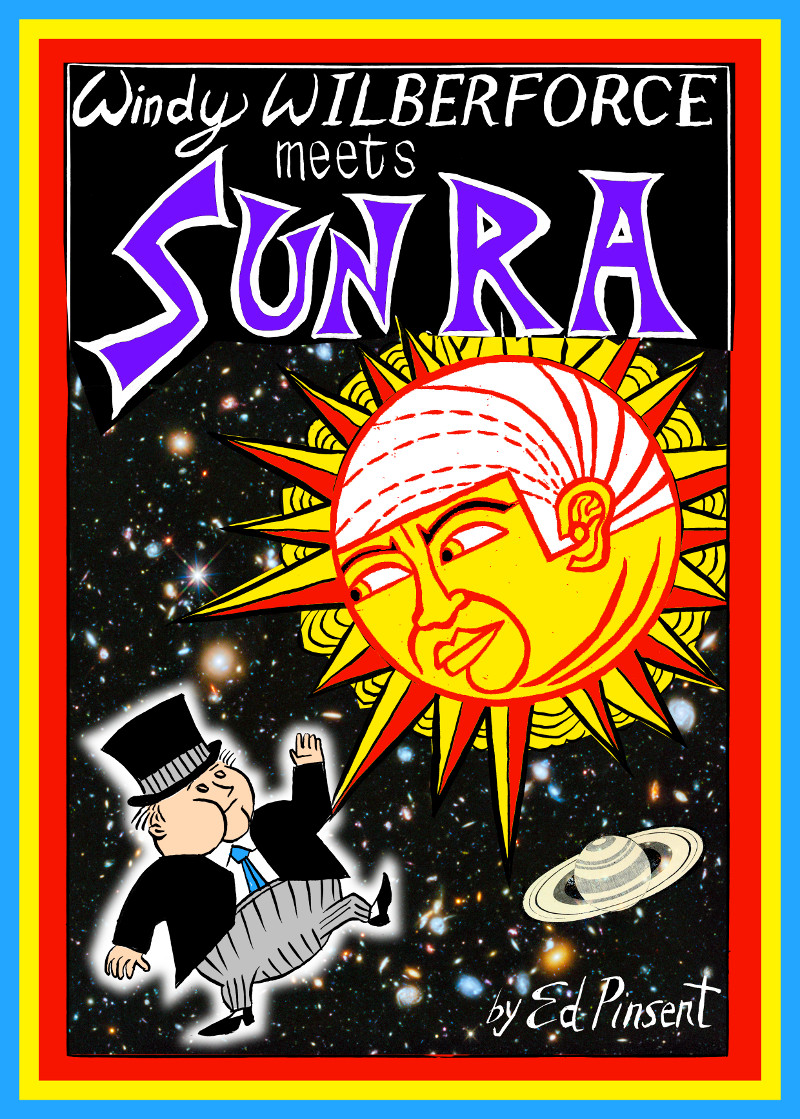 New comic book available now! Windy Wilberforce Meets Sun Ra. A 28-pp comic which proposes Windy Wilberforce performing as a free jazz saxophonist in New York in the early 1960s, making a critically-acclaimed album called Provenance for the Prestige label. But commercial success eludes him, and by a chain of coincidence he enters the orbit of the mysterious Sun Ra.

In the alternative-reality fantasy story that follows, Windy becomes the curator of Alton Abraham’s library, wears an elaborate space-age costume created by June Tyson, plays with The Arkestra, travels in outer space, meets John Cage and Chris Cutler, visits the Egyptian pyramids, and works on a telescope that can see backwards in time. And more…

The story is constructed as a series of one-page, six-panel episodes, some of them expanding into full-page spreads.

Written and drawn June-August 2015 and published early September 2015. This is my first all-new story of this length for a long time.

Available now from www.lulu.com priced £5.00. Click the logo below to purchase same.

5th October update: positive review from Tom Murphy at Broken Frontier (Exploring The Comics Universe). I am particularly touched that he regards Windy as an old acquaintance; I should be happy if the character is becoming real for other readers.

26th October update: Chris Reynolds writes “Just bought Sun Ra along with my latest test samples. It’s a good “fiat”, “let-it-be-so” comic, as shown in the part of the dream where they are walking down the street in their finery and meet the drongos. Thanks for publishing this!”