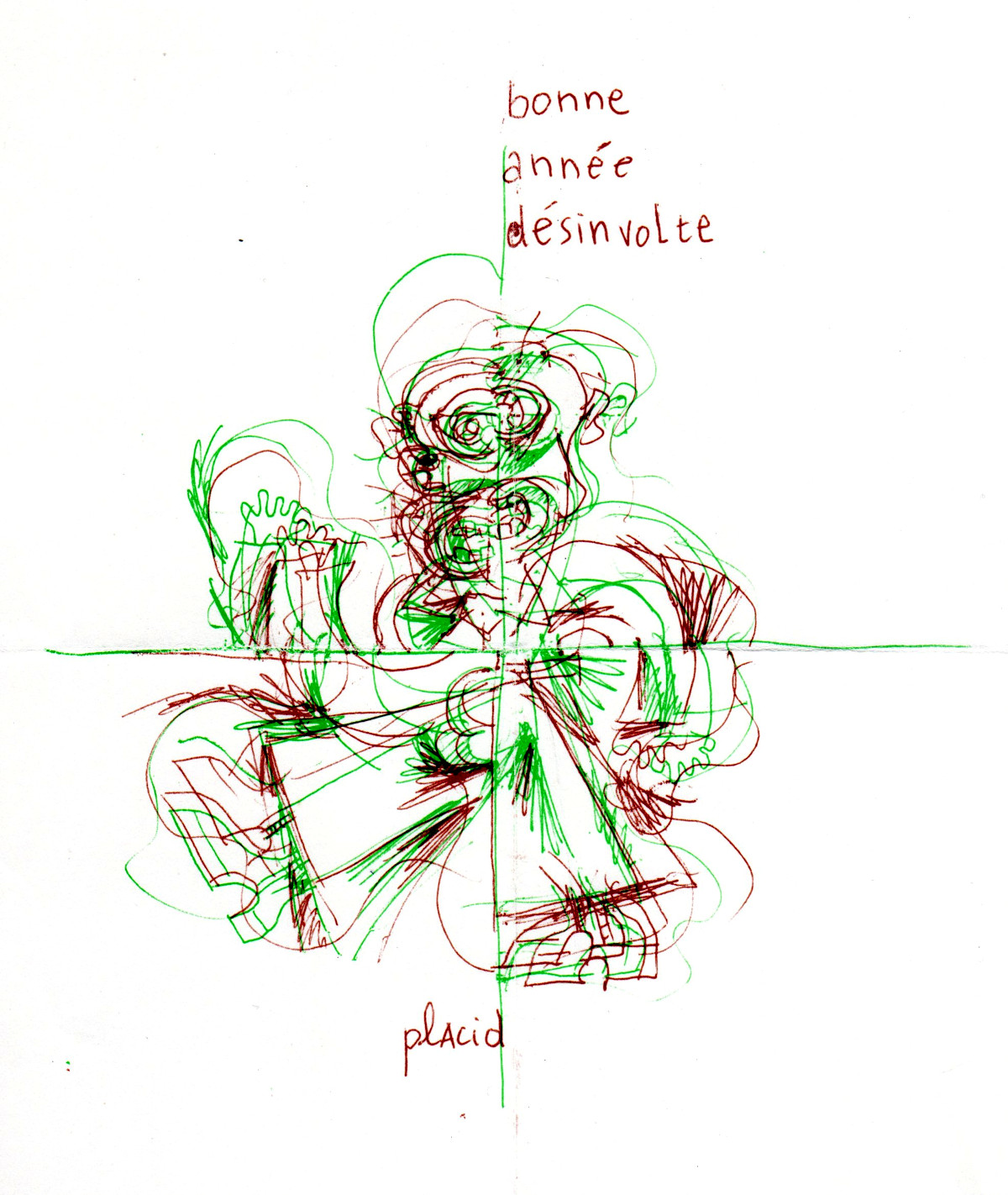 This is a drawing, or perhaps a two-colour print, from the French underground cartoonist Placid (Jean François Duval). I think I may have met him and had supper with him in Paris, but that would have been entirely due to Paul Gravett. I recall Placid as a very polite and courteous fellow. I have one or two of his books, including at least one from a time when he discovered computer art and started to produce clean lines and flat colours, in contrast to his graphiste rough-edge and highly textured drawings of the 1980s.

The greeting translates as “Happy New Year Nonchalant”, or thereabouts; Placid’s way of telling us to relax in the coming year, perhaps. Conversely, the figure here looks anything but relaxed, his entire body seemingly vibrating apart as he walks down the street. His head, eyes, and teeth are undergoing profound changes. I’d like to think the French graphistes were not afraid of enjoying, and drawing influence from, European 20th century art; this image is reminiscent of Picasso, and Duchamp (Nude Descending a Staircase).