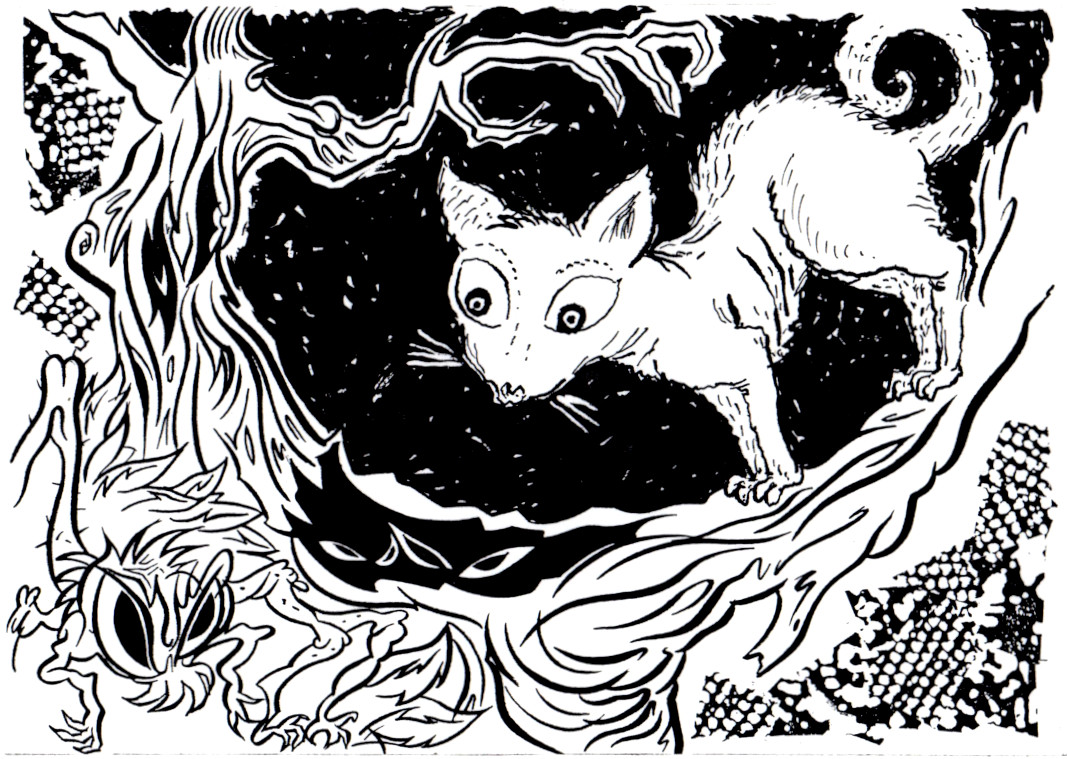 In 1988 I worked with Savage Pencil on a series of drawings for The Ash Tree, the ghost story by M.R. James. The work was commissioned by the editors of Escape magazine and appeared in Escape 17 (the “Spellbound” issue) in 1989. This was one of the smaller spot-illustrations; the main event was a grisly image of a witch on the gallows.

We had a shared love and respect for the stories of M.R. James, as did the co-editor Peter Stanbury, although I doubt if James himself would have approved of our interpretation. His genius was for understatement and suggestion, whereas we depicted the strongest images in the story with an explicit hand and a rather unhealthy relish. As can be seen from this image, Sav still had a preoccupation with “haunted trees” which I think he got from seeing the Disney Snow White movie. He also introduced me to his “home-made Letratone” technique (see bottom right of picture).