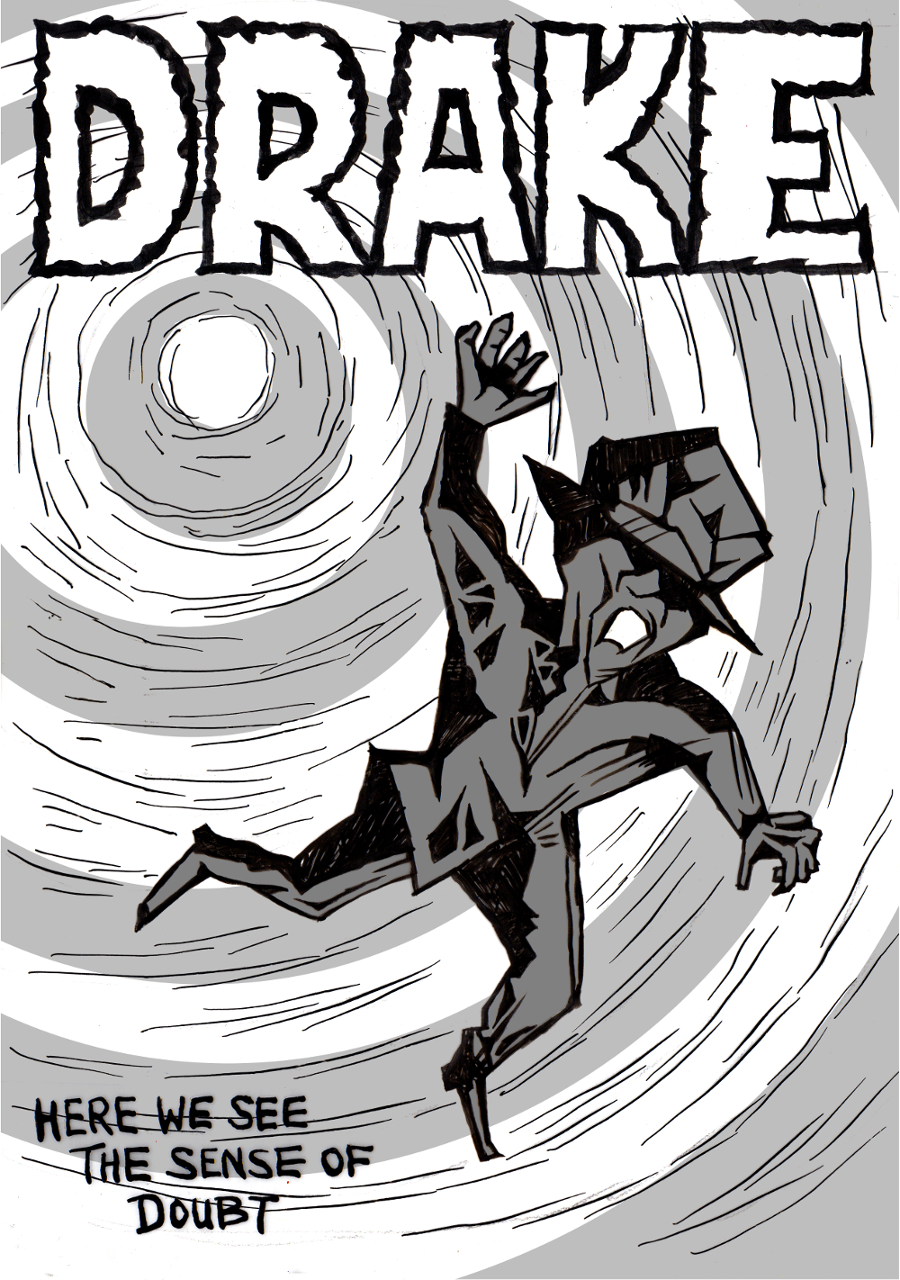 Drake Goes Into The Underworld, Becomes a Demon and Also Meets King Shop

Drake Ullingsworth, the psychic detective with the talking dog, is one of Ed Pinsent’s oldest characters, originally invented in 1983.

This all-new story takes a wry look at the modern world encroaching on Drake, who now feels himself to be an old relic and out of step with society. He is beaten up and taunted by young people in society and alienated from the joys of shopping. Despite this, the forces of monopoly capitalism embrace Drake as one of their own, and he’s recruited by the mysterious King Shop to serve time in the Iron Mall, a new shopping development. Simultaneously the agencies of the underworld, as epitomised by streetwise kid “Mor”, drag Drake into their subterranean world, eventually transforming him into a flying demon. Drake’s Dog, aloof from all of the action, observes life from the safety of his lair in the cloud. This story’s got everything…violence, urban decay, flying devils, mobs running riot in the streets, supernatural dark forces, an overpowering television presence in the sky, and ubiquitous mobile phones. Only Drake can see what’s really going on, or so he thinks. Here we see the sense of doubt. Entire contents of comics.edpinsent.com are © 2020 by Ed Pinsent, except where noted.</