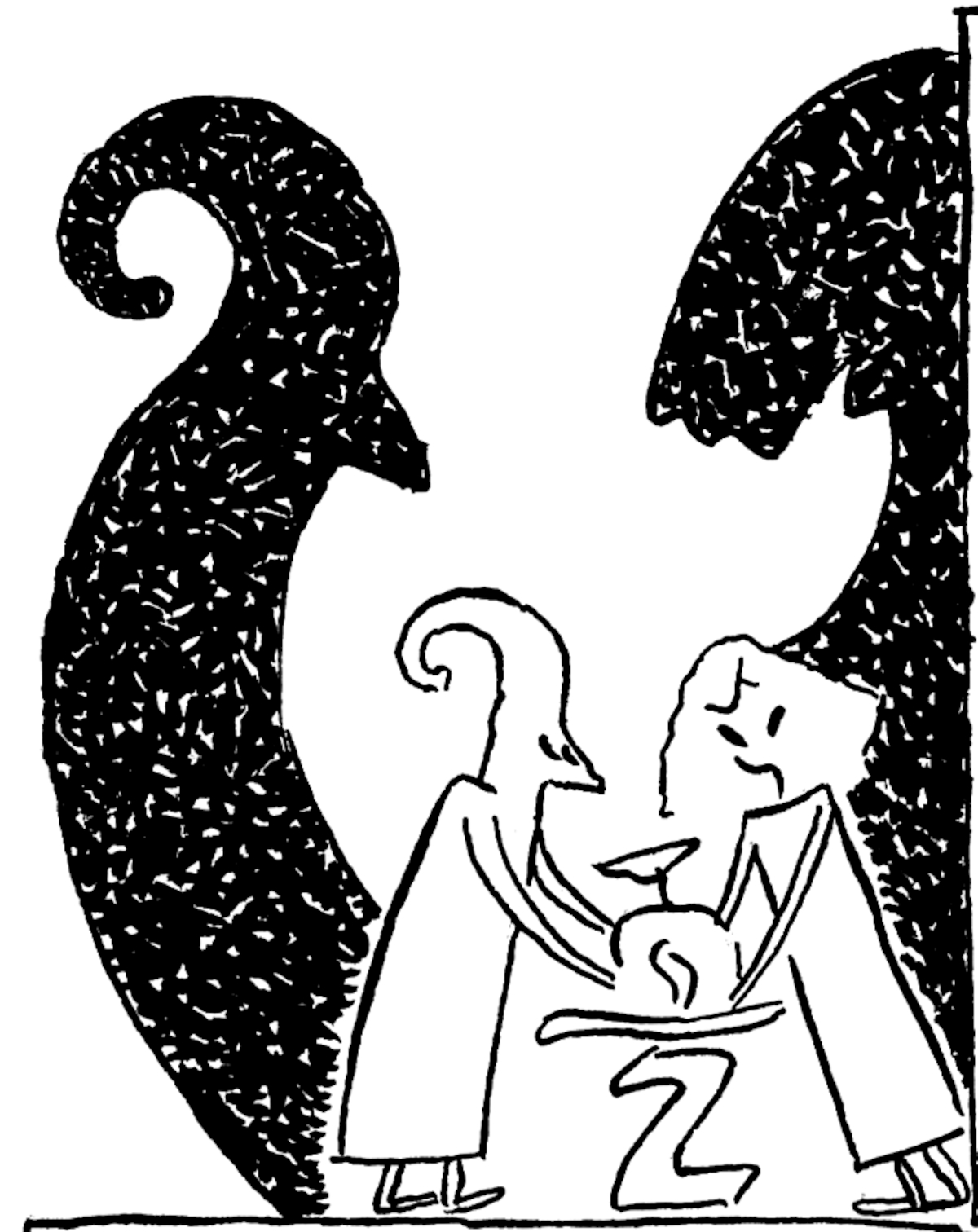 A strange and sad story. The look of it was directly influenced by a Lorenzo Mattotti story shown to me that year by Paul Gravett; the story was in Italian and I couldn’t understand it, but I liked the shapes and shadows of the figures.

The story is a convoluted time-travel thing which interleaves two unconnected tales, and lays everything out in a non-linear order for further confusion. In the distant past, a blind scientist named Jorgian builds a golem-like figure, the Clay Man, but neglects to create any eyes for him (hence, ‘how can you cry?’). To fetch eyes, he apparently sends Clay Man into the future to remove the eyes from a young boy, permanently blinding him in a painful operation, but replacing his eyes with two jewels.

The young boy is the son of Ioren and Marja. In the far future, Ioren and Marja live in a society where books are apparently some sort of machine powered by rare jewels, and don’t require to be read in the conventional sense. One of their books is so accurate and powerful that it contains the story of Jorgian and Clay Man. Their son, returned from the past and equipped with his jewel eyes, thinks he now understands something about books which they are overlooking in their studies. He attempts to impart his new learning to his parents, but his actions are misunderstood and they punish him. The son dies at the end of the story and the parents remove his bandage to discover his jewelled eyes, which are recycled into more books.

However, an archaeological dig at the site where Jorgian and Clay Man were buried seems to expose conflicting evidence about where the jewel/eyes are, and raises further doubts as to whether they were jewels in the first place.