Somehow, I found this image was being reproduced by the club owners on their flyers, without my permission. I think I even saw one of them, and was struck by what an amateurish job they had done. I telephoned Savage Pencil for some advice (sadly, he’s been ripped off more times than he cares to remember). He said, “Well Ed, you’ve arrived as a cartoonist.”

However, his advice was useful. I managed to get hold of a phone number for Club Dog and spoke to a fellow named Michael. He was quite contrite and said “erm, we’ve been expecting to hear from you.” We negotiated. They agreed to pay me a fee for use of the image, and on top of that, they commissioned a new drawing. I told them to use it any way they wished. As it turned out, they liked the drawings and were overjoyed that anyone had even noticed their little underground operation even existed.

In 1987, I was exasperated and angry about this whole incident, feeling very protective of my work and uncertain about this loss of control. What’s interesting is that this wouldn’t happen today; at least not in the exact same way. No internet in 1987, for one thing, and a bootlegger would have to resort to photocopying to get results. In 2020, digital copying is instant and prolific; and I’m certain my work has been appearing digitally in contexts other than I would wish, without any way for me to control it, or even know it’s happening. Now I just resign myself to entering the cultural bloodstream in any way I can.

Still, after listening to Savage Pencil, I was £100 to the good. He told me not to get angry, but just to ask them “what have I ever done to you?” It worked. 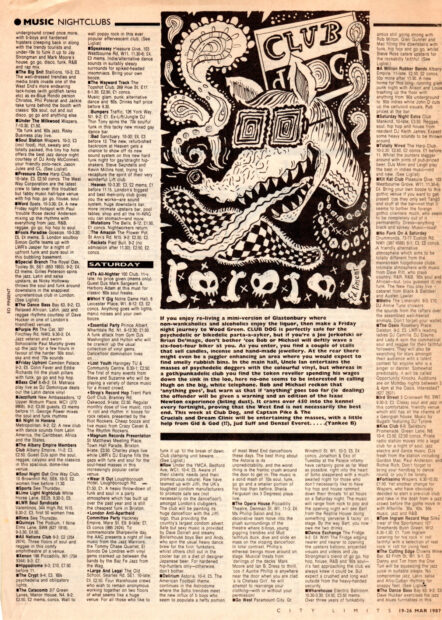