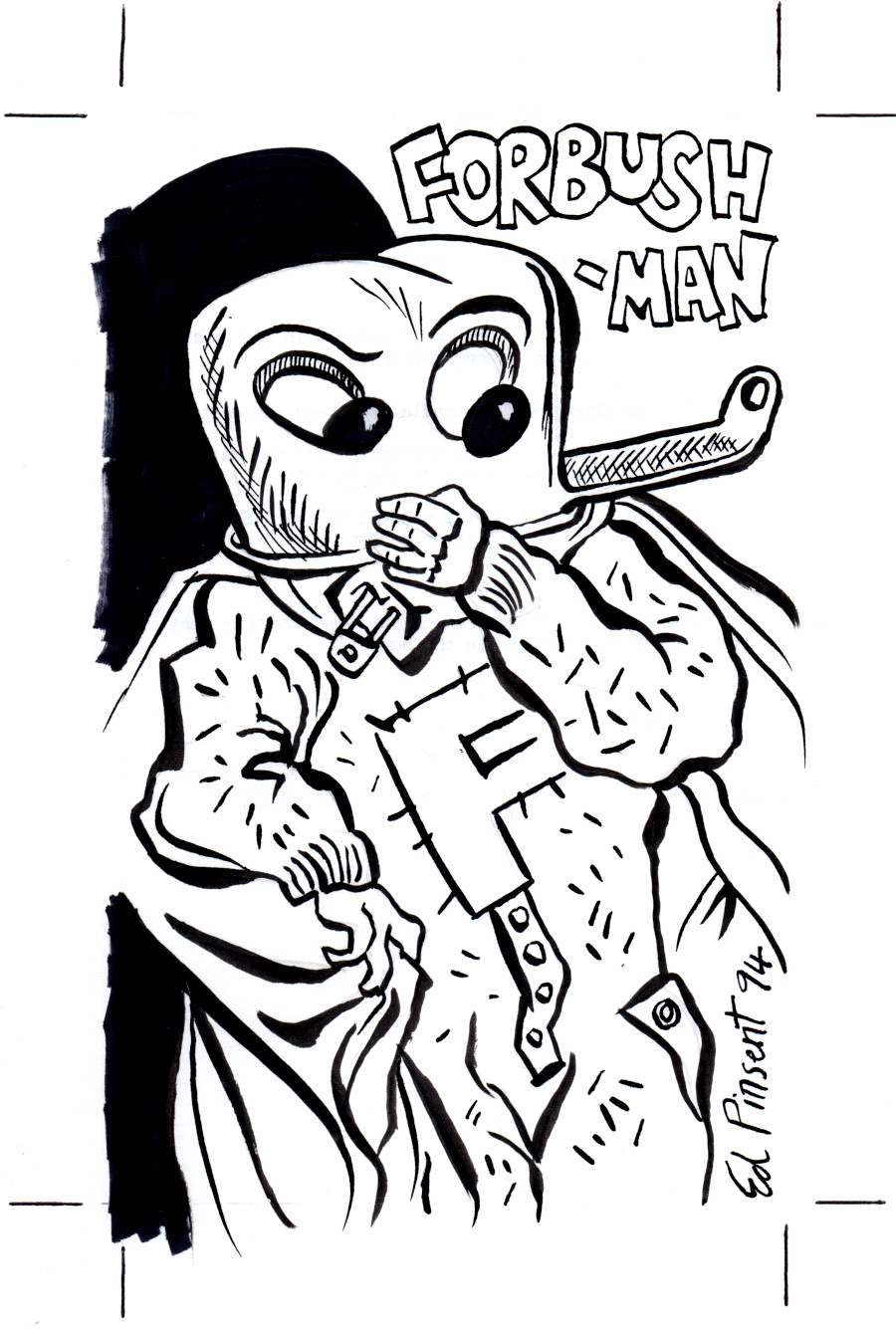 Here’s a drawing by me of Forbush-Man from 1994. This was for a UK small-press publication edited by Darryl Cunningham, where independent artists were invited to draw a sketch of their favourite Marvel Comics character. (You can see a scan of the cover in this gallery.)

I don’t say this is a particularly good drawing, but I do love Forbush-Man. It may seem strange to admit, but I’m not much of a Marvel Comics reader (my preference was always for DC Comics in the 1960s and 1970s). One day on holiday I stumbled across a copy of Not Brand Echh #9. I recall being baffled by it at the time, but couldn’t stop reading it; I sensed there was some meaning underneath these cluttered panels that I couldn’t quite grasp, but wanted to get to the bottom of it.

As I later found out, Not Brand Echh was Marvel’s satire-humour magazine, where the targets were mostly their own comics and characters, drawn by the regular “bullpen” artists having a “goof”. But the comic was rich in references to other characters from comics history, and it took me years of reading to piece them all together. The writers and artists were clearly influenced by Mad Magazine, but the dialogue had even more of a smart-aleck wiseguy edge to it, which appealed to me at some level.

Later I found Eddie Campbell and his family were also fans of Not Brand Echh; as he vividly put it, “we read it to pieces”. My copy of #9 is likewise falling apart, a sure sign of being well-loved.

Forbush-Man was a spoof superhero in Not Brand Echh. A true “nebbish”, he only became a costumed crime-fighter unwillingly and by accident. But I like the fact that in each story he tried to make the best of it, and despite all the bad luck and rejections he had, he never gave up trying.