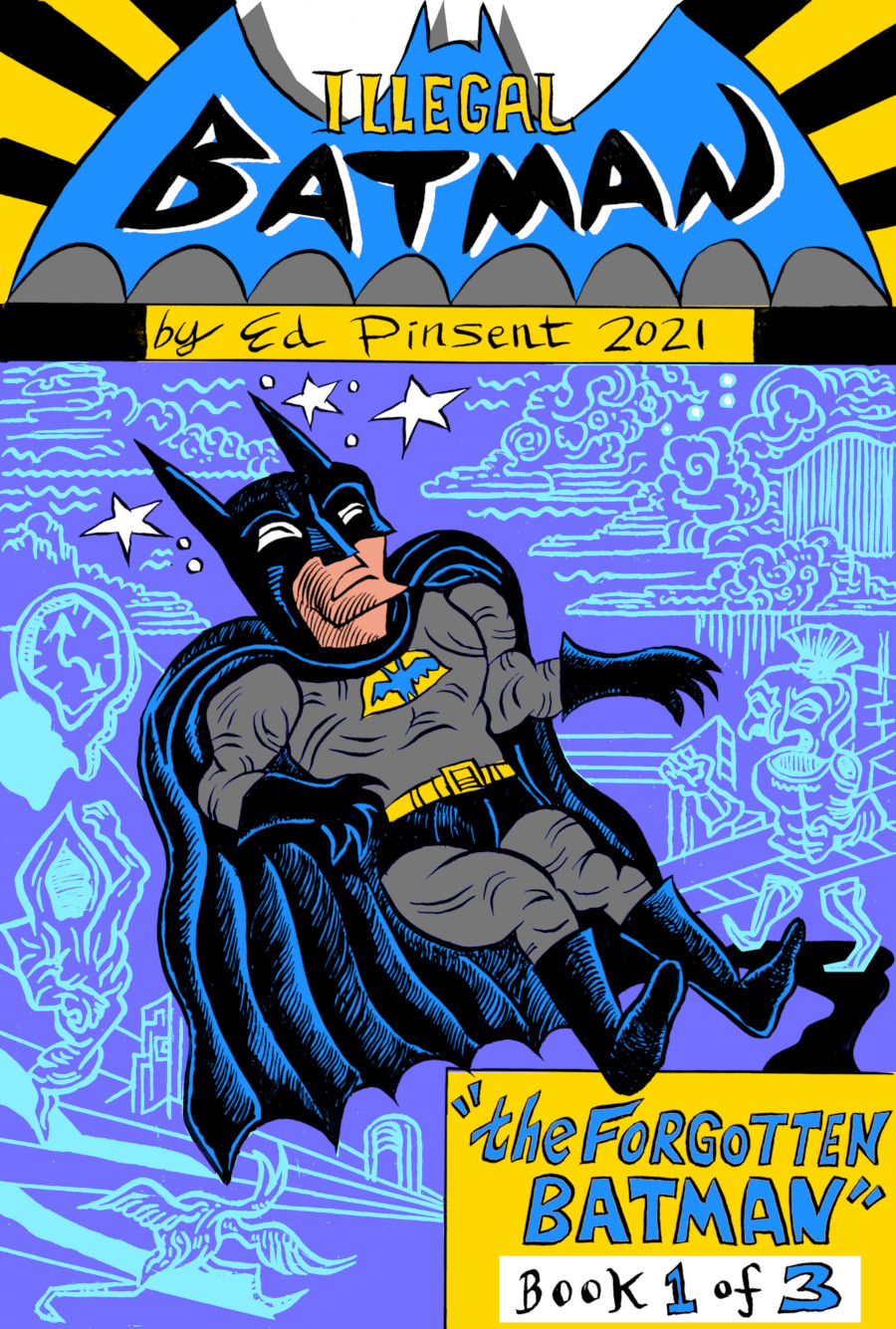 Illegal Batman in “The Forgtten Batman”
Book 1 of 3

My first new Illegal Batman story since 2016’s The Man Behind The Curtain. The projected story is going to be quite long, and I anticipate two other books after this one. A strange time for an Illegal Batman who finds himself somehow infected by a cloud of unknowing. It affects his behaviour, he grows a beard, and changes his costume such that he resembles a 19th-century dandy. His crime-fighting suffers, he feels himself to be irrelevant, and we see the rise of an organised criminal syndicate, led by the hideous crook Monster Pig, operating from The Big Sty. At the same time, the ambitious Officer Sanford tries to make a name for himself by pushing new technology as the answer to everything.

Chris Reynolds of Mauretania Comics (creator of Monitor, Cinema Detectives, and more recently Prowl Car) write a foreword for this installment. Chris created a one-pager “Batman: Year One” in the 1980s, which was one of the things that inspired me to draw my own version of the character. From Chris’s foreword:

In this story, Illegal Batman has apparently reached the pinnacle of his career – the High Summer of Illegal Batmandom. He is feted and presented with awards. Almost all criminals are defeated and Gotham City is a happy place smiling in the sunshine…Perhaps Illegal Batman has questioned the future and received I-Ching hexagram fourteen, Ta Yu (Great Possessing) changing to 55, Feng (Abundance) and considers he has become a vessel which overflows, because the next time he arrives to fight crime, it is entirely on his own terms. He renounces all the gadgets and Bat-wizardry which has granted him his success and retreats to an older form of each of his activities, becoming increasingly ineffectual and provoking despair among his crime-fighting colleagues. Why has he done this, especially when he has been so pleased with his achievements? It remains for Pinsent to arrive at the answer in the forthcoming episodes…

Batman copyright and trademarks are owned by Warner Brothers and DC Comics.
“The Forgotten Batman” is a work of fan art.