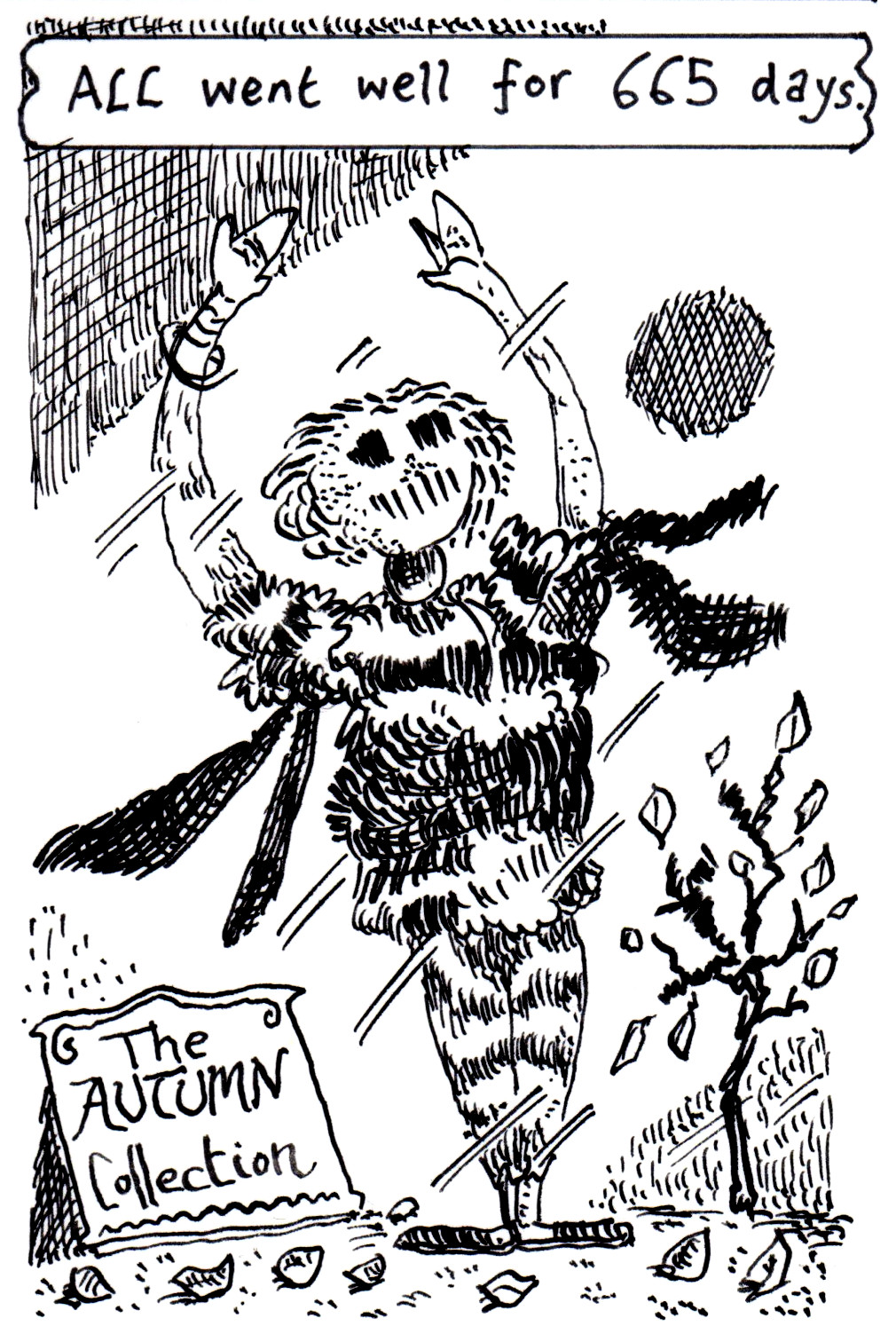 Here you may view selected pages from “The Factory of Death”, a mini-comic from 1984. The script and idea for this slice of black humour came from Gary J. Brady, fellow Liverpudlian; we were both working for the Rescue Archaeology Unit at the University of Liverpool at the time, on one of the Government’s job creation schemes. Part of our work was to catalogue fragments of animal bones found at archaeological digs; this had inspired another joint effort, The Bone Book, where we turned latin names for bones into funny cartoons. It was a fun job; you’d never get away with doing that sort of thing on work time now, I suspect.

Bone Book was a set of one-off gags. For this extended narrative, I assumed that Gary was harking back to an earlier period in Liverpool’s industrial history, and so I tried to evoke an imaginary Victorian past with my drawings. The cross-hatching style reflects my then-recent interest in the work of Edward Gorey (the book Amphigorey Also was a Christmas present in our household in 1983; I kind of appropriated it). It also reflects my use of Gillott nibs, thanks to Knockabout cartoonist Graham Higgins (a.ka. Pokketz) who kindly gave me a starter set when I met him in Birmingham. I seem to recall doing very little pencilling; I must have felt confident enough with this style to ink directly onto the paper.

The result is an oddly pointless shaggy-dog story, but I kind of like Gary’s playful tone and elaborate character names; it has a slightly morbid streak which I think is something typically Liverpudlian. For this online version, I’ve edited out a few pages which probably seemed acceptable to us in 1984, but I’m reluctant to show them in 2020.