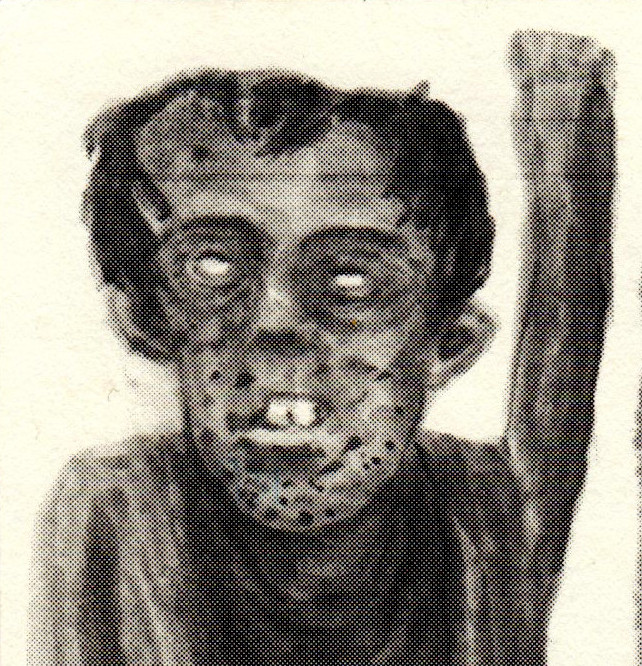 Here we have scans of postcards from Luke Walsh and Russell Christian. Oddly enough they both have a musical connection. Russell sent me this in February 1993 from his Brooklyn address. It’s a proper printed card called “Old Friends” and was drawn on ledger paper. “Have an exhibit coming up at this experimental music club called The Knitting Factory!” he reported. The Luke Walsh card is from 1987, sent from his Liverpool address. He was telling me he’d done a cover for a 12″ single by Pete Coyle, formerly of The Lotus Eaters, and was scheduled to do their LP cover in January 1988. He drew this on flourescent green cardboard, a colour which evidently doesn’t reproduce very well under the scanner.

Luke was the creator of a small press comic called Appletown which appeared around this time. You can see some covers in this gallery. Later, in the 1990s, he co-managed a small press distribution service which he called ZUM. This was pretty much the main successor to the Fast Fiction network and I handed over bits of information to help Luke get started.