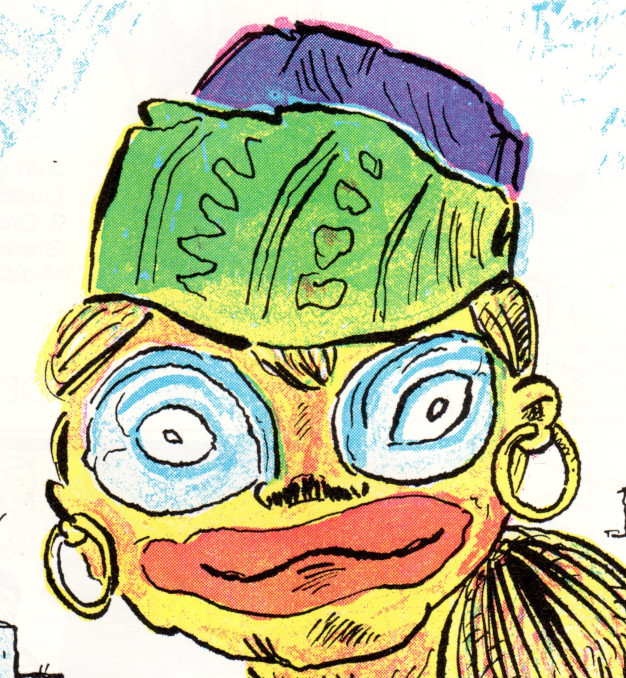 Following on from previous post’s example of hand-separation, here’s another one from 1988.

This is the back cover for an issue of Gag!, a comic book anthology edited by Phil Elliott and published by Harrier Comics. It featured work from many of the Fast Fiction artists, and included some reprints of old favourite stories which had already appeared in small press photocopied comics. The difference was that now someone else was paying for litho printing, a large print run, and distribution in comic shops. As you’ve already guessed, this was the time of the so-called “black and white boom”, when independent publishers were able to take advantage of something called the “direct sales” market. I never really understood it, but I think the method involved sending round a dummy book and garnering pre-orders, then doing a print run based on the expected number of sales.

The Harrier thing didn’t quite make us all into rich people overnight, but I recall receiving some payment from it, and it meant that a lot of the Fact Fiction artists were able to make inroads into the USA in a small way.

This cover image was produced by hand-separation. The original line drawing was printed in black, and I created three separate overlays for red, blue and yellow. Each overlay was made with Indian ink and wash, hence the watercolour effect in the finished item. At some point I suppose they were turned into halftones (little dots), but somehow the smudgy effect remains, which I like. Paul Grist was kind enough to compare it to the work of Toulouse Lautrec. The person is based on a figure I glimpsed for about two seconds one day in Portobello Market. 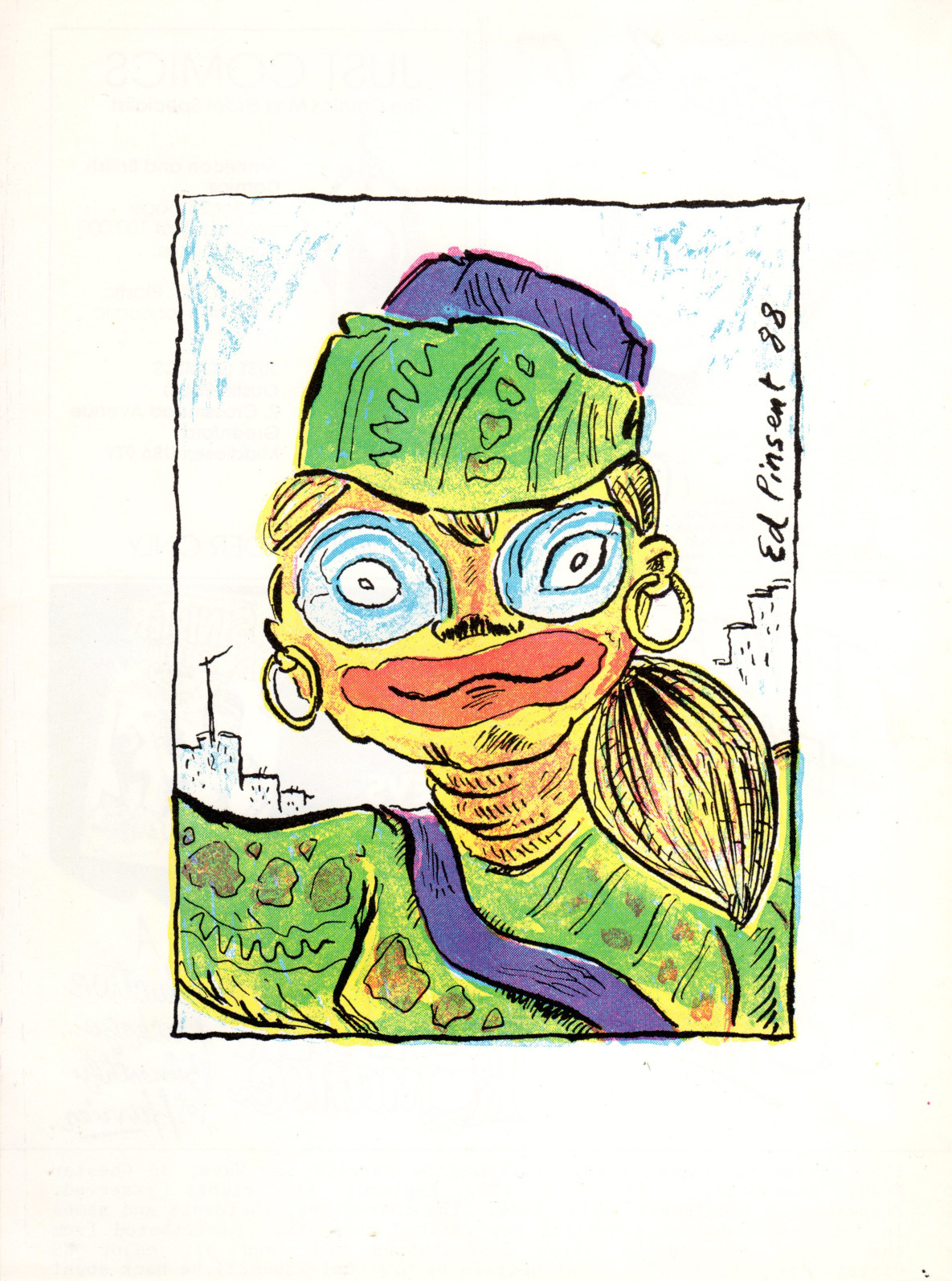