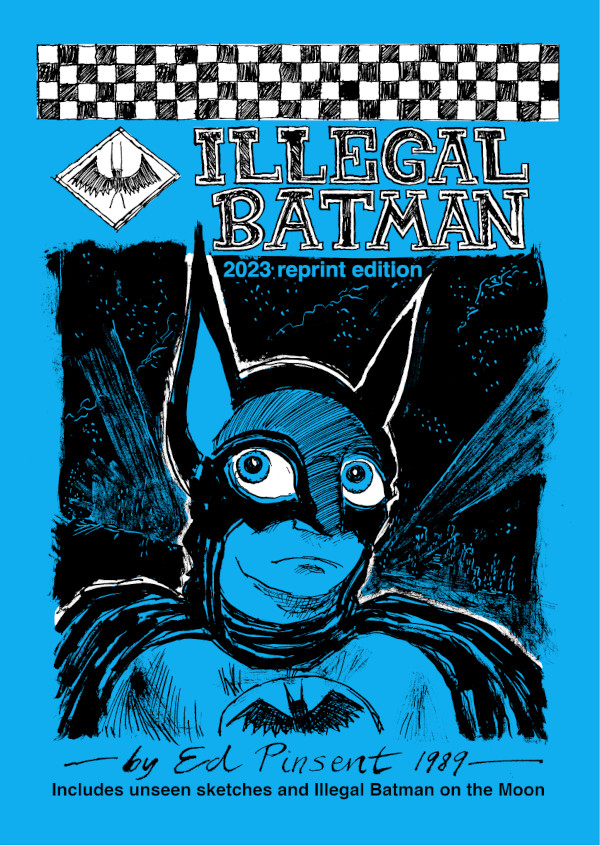 Another reprint of my “greatest hit”. Originally drawn in late 1989 and published early 1990. Started out at 100 copies I think; it went through a few small reprintings at the time. I put a PDF online for a while, and there was a 2017 reprint, where the cover included quotes from online fans, which is now sold out. This 2023 edition features a few USPs:

Batman copyright and trademarks are owned by Warner Bros and DC Comics.
The Batman created by Bob Kane and Bill Finger.
“Illegal Batman” is a work of fan art.